Dr. Henna was born in Flushing, New York and grew up in Long Island, NY. She received a Bachelor’s Degree from the prestigious Barnard College-Columbia University in 2003. At Columbia, she held leadership positions in Student Government Associations. She received a Doctor in Dental Surgery (DDS) in 2008 from the prestigious New York University (NYU) College of Dentistry which is the third oldest and the largest dental school in the United States, educating nearly eight percent of our nation’s dentists annually. During this time she was a winner of the President’s Service Award for distinguished achievements and service to the NYU community. After NYU, Dr. Henna completed a one year residency at Stony Brook University Hospital’s School of Medicine where she was part of the emergency response team that treated several trauma patients. During her residency, she also volunteered for charitable dental trips abroad. Dr. Henna has practiced in New York, Chicago and various parts of San Diego. Dr. Henna is a member of the American Dental Association and California Dental Association. 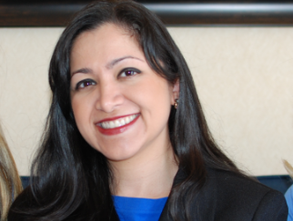 Dr. Henna is married and a mother of twin girls. Her family enjoys traveling; visiting beaches, parks and various other outdoor venues that San Diego has to offer. Her kind and caring personality will be an asset to patients and the Clairemont community.